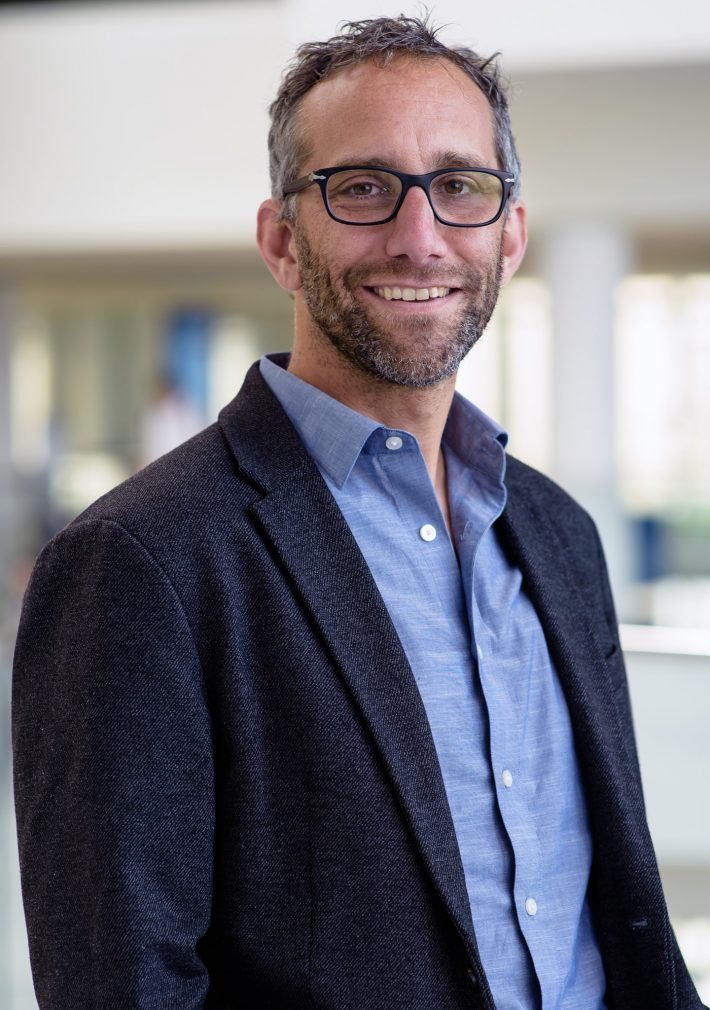 What is a Liberal Arts major?

“A Liberal Arts major is a traditional degree that goes back to medieval Europe and is simultaneously our most cutting-edge student-designed program. So, it’s a degree rooted in the past but also entirely flexible, innovative and receptive to students’ interests in and outside of the classroom.

“Historically, the Liberal Arts were a unified field. The idea was that an educated person would have a shared set of knowledge. A Liberal Arts degree now is less about a prescriptive set of facts and much more about how we can creatively engage with our communities, our societies, our economies, and ourselves, and how we can utilize different resources to make progress on some of the larger challenges that our society and our communities are facing.”

Do Liberal Arts majors get jobs?

There’s a misconception that Liberal Arts (B.L.A.) graduates do not get jobs; but they get wonderful jobs. What would you say to people interested in the program but are hesitant because they’re afraid they won’t find work?

“It makes perfect sense because we’re used to thinking about majors corresponding to specific jobs, but the research in The New York Times, Inside Higher Ed and a few other large studies have shown how Liberal Arts graduates have done well. Not only do they get really good jobs coming out of their degree, but they are poised very well for an array of graduate programs because they can think broadly and critically.

“We’ve seen with the research, too, that [Liberal Arts graduates] evolve as professions, technology and new work norms emerge. The Liberal Arts trains people to be open to new perspectives because they blend two concentrations together. Graduates are more open to innovation and entrepreneurship. They are able to ask questions and are comfortable with diversity and different ways of operating on tasks. Liberal Arts folks, as a group, tend to do really well and move to middle and upper management in different careers.”

How does the B.L.A. program at UMass Lowell differ from other schools? sometimes it’s described as a blend of two minors to make up the major.

“The key to the Liberal Arts program is the concept of blending, so it’s not just a double major or double minor program. In the Foundations and Capstone class, we ask that students blend their concentrations.  How can they incorporate these different disciplines, resources, perspectives, assumptions and methods to develop something new?

“The Liberal Arts program acknowledges larger problems in the world, for example, poverty. Psychology, criminal justice, sociology, nursing and health sciences have tackled these problems in individual silos. But one of the ways we distinguish Liberal Arts is that students draw from a larger bucket of resources so they can come at these problems from a different perspective.

“Another thing I like about our Liberal Arts program is that we are interested in the whole student, not just the person in the classroom. We ask students not just to draw on their experience from their two different concentrations but also their work experience, their experience at home, the languages they speak and the communities they are a part of.”

How does a B.L.A. education set students up for future success at UMass Lowell?

“Students can do internships instead of a capstone project which is also an option for students in the online Liberal Arts program. The goal is to get students as much hands-on experiential learning as possible.”

Why is a Liberal Arts major a good choice for transfer students?

“It’s a flexible program that helps [transfer students] make good use of their previously earned credits so they can make significant progress in their degrees.  One of the reasons this program was set up the way it was is to help students who are transferring in, or who may have started a different program but now want to change majors still make use of the classes they’ve already completed.”

Why is this a good program for students who are unsure of the career path they want after graduation?

“The truth is that most people don’t know what they want to do, but [students] get a couple of options with this program. Students do really well when they’re given the flexibility and empowered in that flexibility. It’s not a program that abandons you and tells you to have fun and do whatever you want. Students get a lot of hands-on experience, especially in the Foundations course, practicing, for example, what happens when they take Psychology and Economics together. What new questions and problems do they see? This helps students activate their interests differently which might not be encouraged if they were just taking different classes.”

What is the difference between Liberal Arts, the Humanities and the Fine Arts?

“Humanities and Fine Arts and more limited in their application. Not in a bad way, but they have boundaries. Fine Arts are an applied set of artistic skills dedicated to creating, exhibiting and critically engaging with works of art.  The Humanities are rooted in the idea of texts and how we engage with those texts. The Liberal Arts demands an independent set of criteria and thinking on the student’s behalf. The student sets the scope of inquiry.”

“Liberal, from the Latin, simply means free. You are free to pursue questions you’re interested in, follow the research where it leads and question assumptions and norms. Liberal Arts do not come prepackaged the way we conventionally use the word now. It’s a blank slate that puts ownership in the student’s curiosity, thinking, discipline and goals.”

“The advice I always tell everybody is to talk to as many people as possible. Talk to other students, professors and people in your community. Talk to everyone, not only about whether the Liberal Arts degree is a good idea. Hear what sort of coincidences, chances and opportunities open the door for people. We have certain ideas of how things will go, and then life changes. Doors open when you talk to people, take risks and join things; that’s the secret to success. It’s not the smartest and most ambitious people who do the best. It’s the people who are curious, take chances and are organized.”